A new blonde hostess has started her first day. The route they took required them to stop in another town for the night. 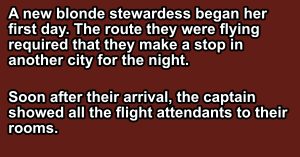 Soon after their arrival, the captain showed all the flight attendants to their rooms.

The next morning the pilot was preparing everyone to leave, and he noticed his new flight attendant was missing.

He knew which room she was in at the hotel and called her up, as he was wondering what happened to her.

She answered the phone, sobbing. “I can’t get out of my room!”

The stewardess replied, “There are only three doors in here,” she cried, “one is the bathroom, one is the closet, and one has a sign on it that says, ‘Do Not Disturb?!”

A man wants to give up smoking 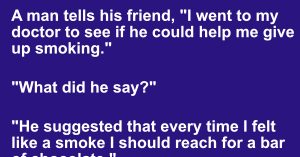 A man tells his friend, “I went to my doctor to see if he could help me give up smoking.”

“He suggested that every time I felt like a smoke I should reach for a bar of chocolate.”

“No I can’t get the chocolate to light.” 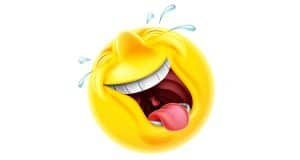 Can you spot the word “DOG” in less than 50 seconds?

Can You Find All Of The Odd Ones Out In Under 50 Seconds?

Can you find the hidden airplane among these starfish?

A Genius and an Idiot

Old Woman Was Walking Her Dog

Can YOU spot the poker chip among the pumpkins?

Can you spot the word “DOG” in less than 50 seconds?

Can You Find All Of The Odd Ones Out In Under...