Teach Me Life
Home Lifestyle L.Johnny’s mom driving her car on the highway 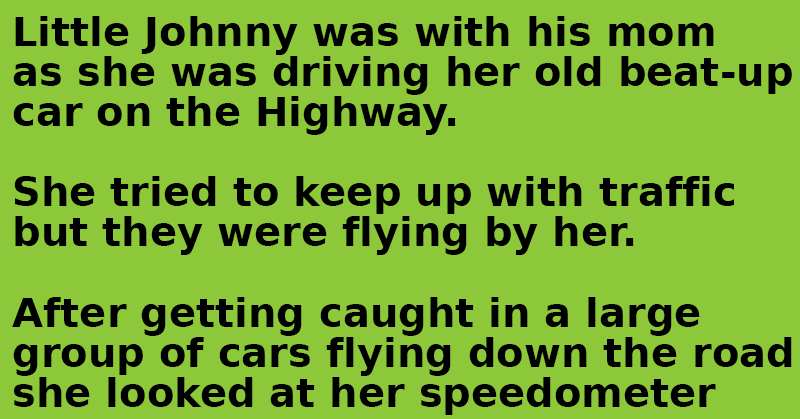 Little Johnny was with his mother as she was driving her old beat-up car on the Highway.

She tried to follow the traffic, but they were flying by her.

After getting caught in a large group of cars flying down the road, she looked at her speedometer to see she is doing 15 miles over the speed limit.

Slowing down she moved over to the side to let the group of cars get ahead.

She looked up and saw the flashing lights of a police car.

She stopped and waited for the officer to come up to her car.

Little Johnny piped up from the back seat, “I do! It’s because you couldn’t catch the other cars.”

L.Johnny Was Having Problems In English Class. 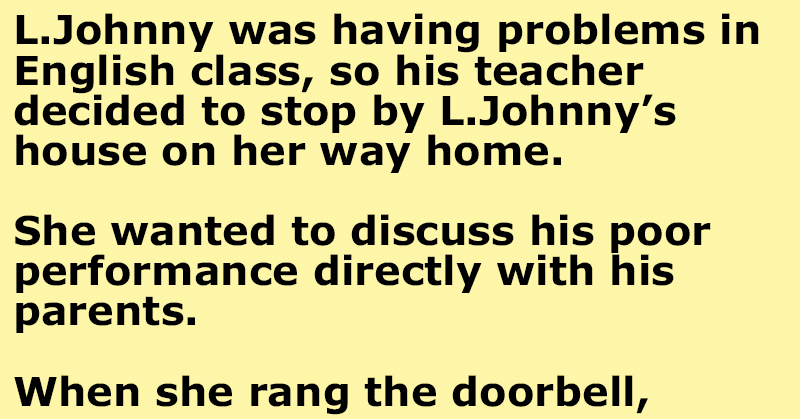 Little Johnny was having problems in English class, so his teacher decided to stop by Little Johnny’s house on her way home.

She wanted to discuss his poor performance directly with his parents.

When she rang the doorbell, Johnny answered.

“Hi Johnny, I’d like to talk to your mother or father.” She said.

She said. “what is it with your grammar?”

“Haven’t got a clue,” Johnny replied.

“But dad sure was mad that they had to go bail her out again!”