In the end, how much money did the man make or lose? Or did he break even? 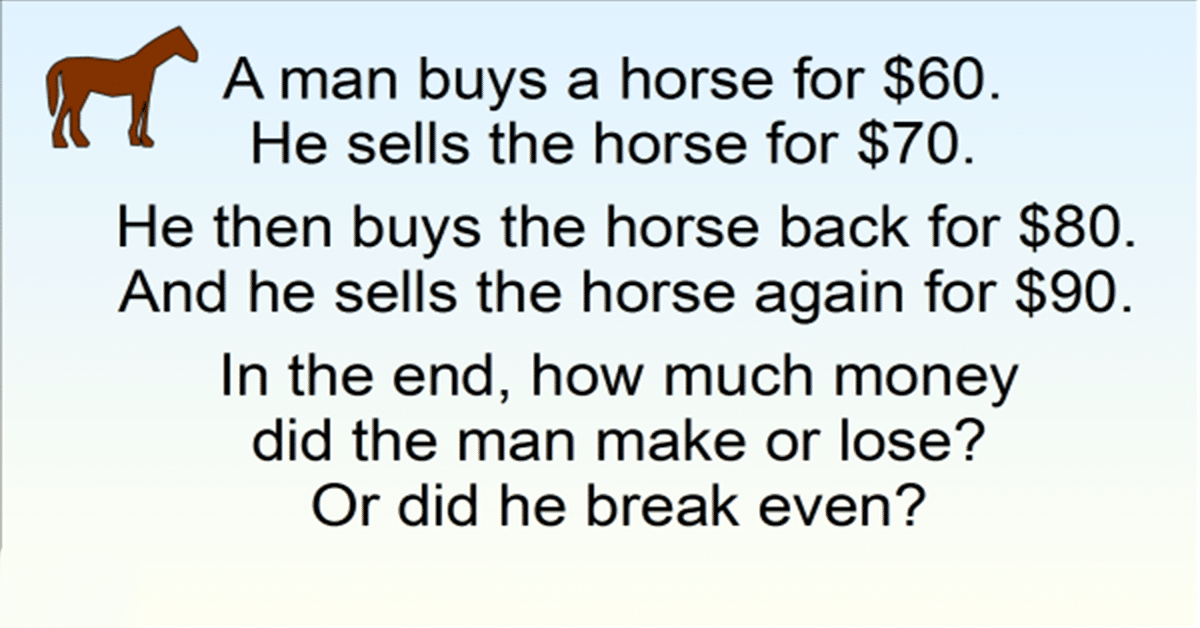 How to solve the brain teaser that’s stumping the internet

Next, subtract $80 from $90 because the man-made another $10 profit when he sold the horse again.

And 10 plus 10 equals 20 which how much the man profited from the horse.

Peerie Breeks, who shared the brain teaser wrote on the website: ‘Can’t understand how so many people on Facebook have it so completely wrong (and can justify it to themselves).’

‘Without adding your reasoning, tell me what you think the answer is.’

But the teaser has left Facebook users more confused than ever with answers varying in the price of how much money he made.

Wrong: One man shared on Facebook that he didn’t understand how people were getting $20.

Another disagreed and instead of thinking the man broke even, though he was down $40.

For those that are curious, the man-made a $20 profit when he bought and then sold the horse but the answer wasn’t so easy to come by for some people.

One man shared on Facebook: ‘I don’t understand how people are coming up with up 20.’

But in order to put any confusion to rest, someone explained the problem in a comment on Facebook.

This isn’t the first time a seemingly easy puzzle has baffled the internet.

Can you solve this Math Puzzle? It’s Not Easy

Can You Point Out The Odd One Within A Minute?

How Many Horses Can You Find In This Beautiful Painting?