To be betrayed by a person you fully trust is probably the most heartbreaking thing anyone can experience. Recovering from it may take a while or may affect your future judgments in meeting new people. What makes it hurtful is the fact that our trust was violated by someone we never knew could do such a thing.

1. “The saddest thing about betrayal is that it never comes from your enemies.” 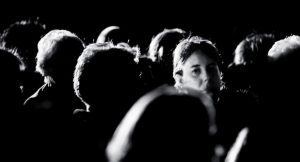 3. “Betrayal is never easy to handle and there is no right way to accept it.” – Christine Feehan

4. “Nothing hurts more than being disappointed by the single person you thought would never hurt you.”

5. “Try not to stress over the shady people who betrayed you. I know it hurts but the truth is that they were always shady, they are never going to change and you are actually much better off now because at least you know who they really are.” 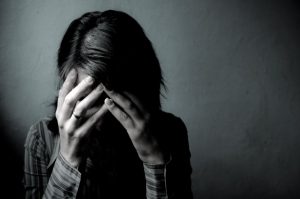 6. “Sometimes the person you’d take a bullet for is behind the trigger.”

7. “Betrayal doesn’t only break your heart but also darkens your soul. You’ll never forget the pain like a fog that forever lingers in the depths of your mind.”

8. “It is more shameful to distrust our friends than to be deceived by them.” – Confucius

9. “To me, the thing that is worse than death is betrayal. You see, I could conceive death, but I could not conceive betrayal.” – Malcolm X

10. “The worst mistake a man can make is to betray a woman who actually fought the world for him and stood by him and supported him when he was going through the worst in his life.”

11. “If you’re betrayed, release disappointment at once. By that way, the bitterness has no time to take root.” – Toba Beta

11. “The worst kind of hurt is betrayal, because it means that someone will willing to hurt you just to make themselves feel better.”

Only 1 In 30 Sharp-Eyed People Can Spot The Odd One Out.

Very few people can spot the mistake in under 10 seconds

Can You Solve This Tricky Math Task?

Very few people can spot the mistake in under 10 seconds

Can You Solve This Tricky Math Task?

Try to solve this math quiz for middle schoolers – without...

Odd One Out Puzzle

One Simple Puzzle That Has Nothing To Do With Math

The Irish Father and His Son.

Only People With Almost Perfect Vision Can Spot The Odd One...

Find 2 Carrots, a Boxing Glove and a Coffee Cup.

Only People With Almost Perfect Vision Can Spot The Odd Emoji...

The difference between right and wrong.